You are here: Home / Archives for Trends

Garry South: “In three of the last four non-presidential elections, Republicans actually nominated Latinos for statewide office: Ruben Barrales for controller in 1998, Gary Mendoza for insurance commissioner in 2002 and Maldonado for lieutenant governor in 2010. All three were attractive, articulate candidates with compelling personal stories. But all three went down in flames, receiving an average of only 37.9% of the vote. And there is no indication in post-election analyses that they received any meaningfully higher share of the Latino vote than a white male GOP candidate would have gotten. In fact, the last Republican Latino statewide officeholder was elected 142 years ago, when Romualdo Pacheco won the lieutenant governorship in 1871, then served several months as governor in 1875.”

Bloomberg reports on how Democratic activists “have come to Texas on a mission as large as the state’s 261,000 square miles: to capitalize on the surge in Hispanic population and turn the Lone Star State into a two-party competitive one instead of the place where the Republican nominee has carried every presidential election since 1976.”

“Today, more people than ever before — 69.5 million Americans, from college students to retirees to welfare beneficiaries — depend on the federal government for housing, food, income, student aid, or other assistance once considered to be the responsibility of individuals, families, neighborhoods, churches, and other civil society institutions.”

— Former Sen. Jim DeMint (R-SC), quoted by the Huffington Post, in a letter to staff upon taking over as head of the Heritage Foundation. 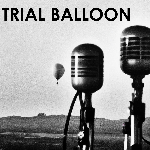 A new Pew Research poll finds for the first time that a majority of Americans favor legalizing the use of marijuana, 52% to 45%.

Politico: “Minnesota topped the
turnout list for the eighth time in the last nine presidential and
midterm elections, with 76.1 percent turnout. Hawaii came in last, with
turnout at a mere 44.1 percent. Overall turnout was down from 62 percent
in 2008, when the possibility of the nation’s first black president
caused a surge at the polls, to 59 percent in 2012. Low turnout in the
nation’s three most populous states — Texas, New York and California —
contributed to the drop. All saw declines of nine percent or higher.”

A fascinating new study finds that politicians significantly overestimate the conservatism of their constituents on several key issues, including universal health care and same-sex marriage, the Huffington Post reports.

The authors conclude: “Most politicians appear to believe they are representing constituents who are considerably different than their actual constituents.”

“The University of Texas will change its colors to maroon and white before Texas goes purple, much less blue.”

Politico: “California fancies itself as a trendsetter and Florida prizes its claim as a microcosm of America. But when it comes to politics — both present-day battles and future trends — ground zero right now is the fastest-growing of the mega-states: Texas.”

“America has become a slightly more liberal and a slightly less conservative nation than it was in 2011 — based on residents’ self-reports of their ideology — but conservatives still outnumber both moderates and liberals,” according to a new Gallup analysis. In all, more Americans identified as conservative than liberal in 2012, 38% to 23%, compared with 40% to 21% in 2011, a four-point swing in favor of liberals. The percentage of self-identified moderates remained unchanged, at 36%.

The poll found shows “that 53% think that the federal government threatens their own personal rights and freedoms while 43% disagree.”

A new NBC News/Wall Street Journal poll finds that a majority of Americans – for the first time – believe abortion should be legal in all or most cases.

“According to the poll, 54 percent of adults say that abortion should be legal either always or most of the time, while a combined 44 percent said it should be illegal – either with or without exceptions.”

“In addition, a whopping 70 percent of Americans oppose the Roe v. Wade decision being overturned, including 57 percent who feel strongly about this.”

A new Fairleigh Dickinson University poll finds that 63% of registered voters buy into at least one political conspiracy theory.

The nationwide survey asked Americans to evaluate four different political conspiracy theories: 56% of Democrats and 75% of Republicans say that at least one is likely true. This includes 36% who think that President Obama is hiding information about his background and early life, 25% who think that the government knew about 9/11 in advance, and 19% who think the 2012 Presidential election was stolen.”

Most interesting finding: “Generally, the more people know about current events, the less likely they are to believe in conspiracy theories – but not among Republicans, where more knowledge leads to greater belief in political conspiracies.”

END_OF_DOCUMENT_TOKEN_TO_BE_REPLACED

National Journal: “The same demographic trends that helped the GOP keep the House will hurt their shot at the presidency. And the trends that propelled Obama to reelection will impede Democrats from retaking the House.”

George Packer:
“Every President elected between 1976 and 2004 was, by birth or by
choice, a Southerner, except Ronald Reagan, who enjoyed a sort of
honorary status. (When he began the 1980 campaign in Philadelphia,
Mississippi, scene of the murder, in 1964, of three civil-rights
workers, many Southerners heard it as a dog whistle.) A Southern accent,
once thought quaint or even backward, became an emblem of American
authenticity, a political trump card. It was a truism that no Democrat
could win the White House unless he spoke with a drawl. Now the South is
becoming isolated again.”

“Every demographic and political trend that
helped to reelect Barack Obama runs counter to the region’s
self-definition: the emergence of a younger, more diverse, more secular
electorate, with a libertarian bias on social issues and immigration;
the decline of the exurban life style, following the housing bust; the
class politics, anathema to pro-business Southerners, that rose with the
recession; the end of America’s protracted wars, with cuts in military
spending bound to come. The Solid South speaks less and less for America
and more and more for itself alone.”

A new Rasmussen survey finds views of the Tea Party movement are at their lowest point ever, with just 8% saying they are members of the Tea Party, down from a high of 24% in April 2010 just after passage of the national health care law.

A new USA Today/Gallup poll finds that 77% of Americans say the way politics works in Washington is causing serious harm to the country.

“Unlike other minority groups whose increasing electoral muscle has been driven mainly by population growth, blacks’ rising share of the vote in the past four presidential elections has been the result of rising turnout rates.”